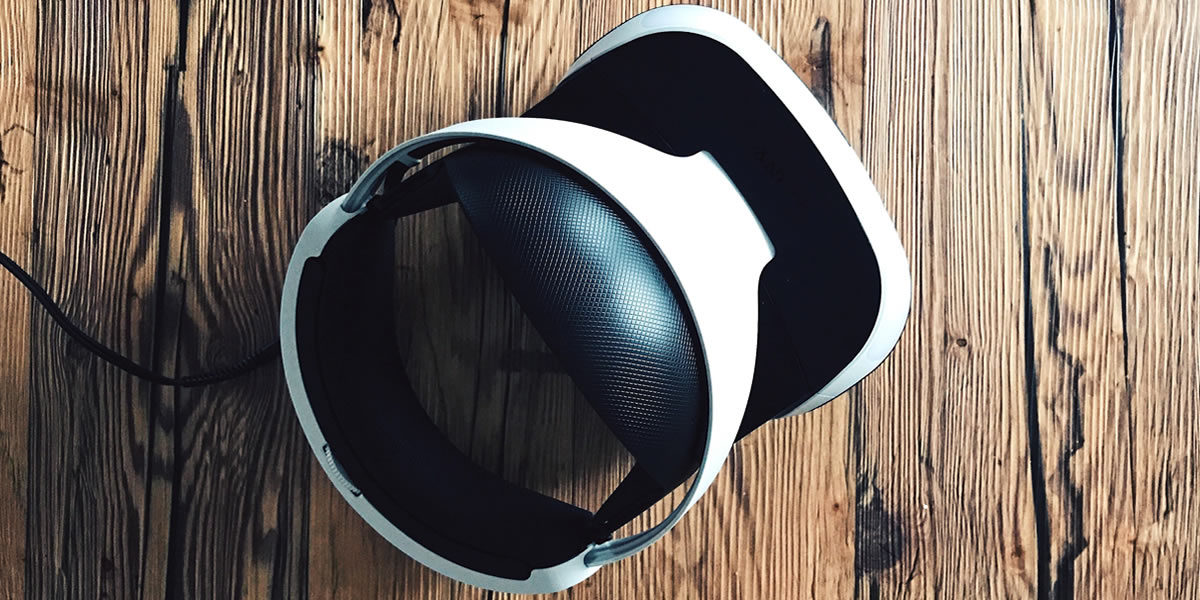 I remember standing in line at the London Trocadero in the 1990’s, behind a sea of kids just like me who were excitedly awaiting our first taste of “Virtual Reality”. This was going to take our generation, who by now had a strong appetite for games, (thanks mostly to Nintendo and Sega’s efforts) into a new era of experiencing worlds that only existed within that machine. This was a no-brainer for me and also clearly everyone else here so the fact it cost 3 times more than the other arcade machines served only to make me more keen.

Stepping into the large Virtual Reality machine for the first time I was taught a valuable lesson in life almost immediately: At the root of all disappointment is expectation.

The experience in no way lived up to the hype. People who played on these can no doubt remember a jerky, blocky, poorly executed experience with more frustration to offer than entertainment. The view afforded by the cumbersome head gear made shooting a ball out of a gun at someone supposedly a few meters away seem as complex as colliding particles travelling at the speed of light. My time and/or lives were up in the blink of an eye and I had to hand it over to the next, soon to be disappointed customer. Safe to say this was not Virtual Reality’s moment to take centre stage.

The capabilities required to render a more vivid experience were more than a little way off. Graphically the scope of the scenes to be visualised were too large for what the technology could deliver and the movement was too jerky. Consumers soon turned back towards their consoles and home computers for their next fix of entertainment and the buzz around VR evaporated along with them.

There was still plenty of work to be done by the more mainstream video game industry in order to develop better graphical capabilities and blaze a trail in creating digital experiences before this would be worth exploring again. The video game sector was evolving at a tremendous rate towards high resolution 3d imagery, so the dream of creating an immersive virtual experience would be placed on the backburner for a while, allowing the technology to quietly catch up.

Fast forward to today’s modern world where even a phone costing under £100 has a built-in gyroscope allowing a basic VR experience (think cardboard box kits) and you are forced to acknowledge how far we have come with technology. We are just about a Hoverboard away from living in the future depicted by science fiction over my childhood years.

With Many big names (Sony, HTC, Occulus etc) already selling their Virtual Reality equipment to consumers and several new contenders entering the market imminently, the opportunity for large volumes of people to experience a rich form of virtual reality is far greater now. Not only as a form of playing games, but also for providing experiences that we might otherwise not be able to have.

For example: Online retail is a fiercely contested battleground, with many established brick and mortar retailers learning hard lessons against leaner, more efficient online only retailers as consumer adoption and trust of online shopping brands snowballs rapidly. At this point the online battle for customer loyalty has changed, since many offer similar ranges and similar pricing, the fight has become about the customer experience.

Leading online retailers such as ASOS, Farfetch and Made.com have disrupted their markets by trying to be more experiential with their customers online, with the financial and market share results prompting a rapid emphasis on providing personalised experiences from their online retail peers.

Naturally, this presents an opportunity for Virtual Reality and Augmented Reality to offer a unique and engaging take on buying or browsing something online.

The ability to create a realistic and enjoyable retail experience through Virtual reality is now technologically within our grasp. Rendering a store in Virtual Reality makes it possible for retail brands to communicate with a wide audience in an exciting and effectively limitless way.

As brands get more accustomed to using this technology we will see more imagination being used to take a virtual shopping experience even further beyond that of simply visiting a digitally rendered store. Perhaps one day the norm will be for someone in Japan to want to feel like they are shopping at a famous Mall in the US or vice versa.

I wonder if we will find ourselves in the future doing our supermarket shop with a headset, at home in our pyjamas, or the family Saturday trip to the shops replaced by sitting back down on the couch with a headset.? No, thankfully for mankind I do not believe that is likely to be the norm. But if the clever creative people are clever and creative enough with their design, perhaps the consumers’ back garden just became a Ted Baker pop up store or their bathroom turns into the new one they could buy. I, for one, will be visiting the world’s first GAP on the virtual Moon as soon as someone is brave enough to build one!